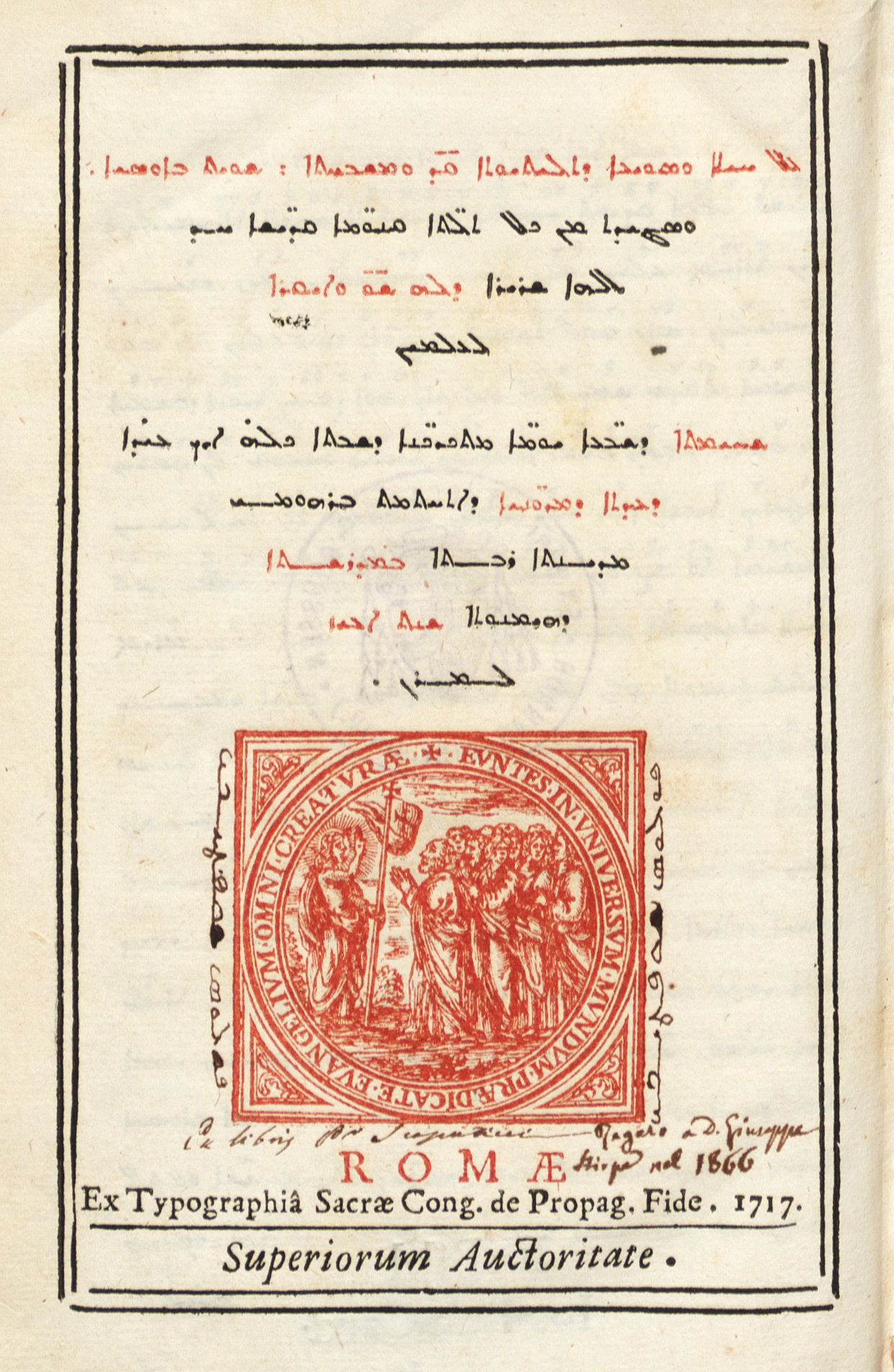 The Goussen library collection is a specialist library for oriental church history. It contains prints in Western classical and modern languages, but predominantly prints in oriental languages such as Syrian, Coptic, Ethiopian, Arabic, Armenian and Georgian languages from the 16th to the 20th century (the focus is on the 18th and the 19th century). The former owner Heinrich Goussen (1863 – 1927) collected nearly every print within the language groups that had ever been published about the subject. The collection contains numerous rare or valuable oriental prints. There could hardly a collection be put together as completely as here, not even from the holdings of large European libraries.

In 2007 the Universitäts- und Landesbibliothek Bonn digitised approx. 850 prints of the Goussen library collection under a programme of the State of North Rhine-Westphalia to preserve its holdings. It includes all titles published in Europe until 1800, all publications in the original language as well as all publications that were published outside Europe. For copyright reasons the year 1900 was chosen as the last year of publication to be included in the digitisation project. The digitisation was generally conducted by means of a microfilm, which was produced first. Books with special features (red and black print of the texts, items with illustrations, interleaved copies as well as all prints published until 1800) were digitised in colour.

The part of the Goussen Library Collection, which has been digitised under the project, will be gradually complemented by titles that meet the same criteria but have been published as of 1901. In addition, the Universitäts- und Landesbibliothek Bonn will also digitise individual items, which are not covered by the project, if this is requested by a user.

When looking at the pictures it has to be taken into consideration that books in Arabic and some other oriental languages have to be read from back to front. Thus the title pages of these prints are to be found at the back.